JBuilder® is one of the most complete and powerful Java IDE’s available with support for the leading commercial and open source Java EE 5 application servers.

JBuilder’s code profiling and performance tuning tools, which include the ability to profile Web applications, enable Java developers to deliver high performing, scalable applications.  With the built-in audits and metrics, you can measure the overall quality of the object design, the complexity and cohesion between objects, the extent of test coverage, and many other factors to help pinpoint potential maintenance, quality and performance issues.

To maximize developer productivity JBuilder includes several visual designers including EJB and JPA Designers enabling developers to create a visual model as they develop EJB applications and enable the creation of a Java modeling project with JPA support, a Web Services Designer which provides a visual, two-way designer for creating Axis based Web Service-enabled applications, and a Swing UI Designer for fast, easy creation of Swing-based UIs.

The UML modeling capability in JBuilder fosters better communication between developers, developer teams, and management and supports both the 1.4 and 2.0 UML specifications.  And, with LiveSource® you have the added benefit of simultaneous synchronization between the code and diagrams when making changes to either one.

* Swing Designer is provided as is, and is not supported. 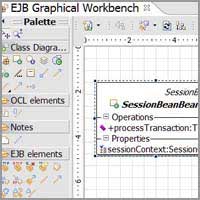 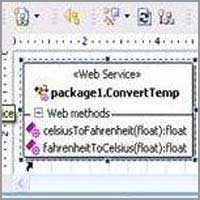 Audits and Metrics - provides developers and managers with measures of the quality and complexity of the project. 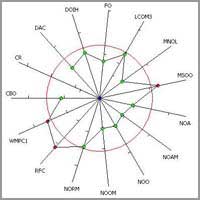