bit Time uses Delphi XE2 DataSnap Connectors and InterBase database for android development to create Connect 4 android game. Connect 4 has been downloaded 50,000 times and their players are from all around the world.

bit Time is a software development consulting firm in Rome, Italy. They are also an Embarcadero marketing and sales partner. They have two divisions. One is focused on sales and marketing and the other on development. They develop applications for various businesses. Their development team has worked closely with Embarcadero and has been instrumental in creating RAD Cloud DataSnap connectors for mobile devices.

"Delphi offers fast development, fast build and run time," says Daniel Teti, R&D Director. "It's really simple to deploy because you're only deploying your executable without a run time."

They used their experience with the DataSnap technology to create the Connect4 android game. bit Time did consider going with other technologies including Java and Microsoft .NET but they found Java to be slower and .NET created dependencies on the machine and enforced which versions to install. .NET also didn't allow them to do android development or create applications for platforms other than Windows. Neither Java nor .NET offered the DataSnap technology that they preferred to use.

bit Time found DataSnap to be very effective and the callback mechanism a key factor in their decision to go with Delphi. In the android game Connect4 callback helps with the communication exchange between the players. So you don't have to use the pulling mechanism of getting the information from the server, which can be very time consuming and drains the player's battery quickly on mobile devices.

Connect4 (also known as Captain's Mistress, Four Up, Plot Four, Find Four, Four in a Row, and Four in a Line) is a two-player game in which the players choose a color and then take turns dropping four of the same colored discs in a row, horizontally or vertically. It started first as an application developed for Windows. Then they decided to create an android game. "It's really a pilot test to assess our ability to market this type of game. We used Delphi DataSnap for the architecture. We've also used it internally to train our developers on android development," says Fabrizio Bitti, CEO.

The android game Connect4 heavily uses the callback features of DataSnap. During the android development, bit Time developers used both the Delphi language and IDE to build the server side. DataSnap connector was used for the Android game connection and JavaScript proxy for the HTML5 client. Then they used InterBase as the backend database.

bit Time decided to go with the InterBase database because they didn't want to worry about the backend database and they had many transactions so they needed an ultra-fast database. "InterBase works great because it's a zero-maintenance database, has a small footprint and is very fast," says Teti.

Connect4 is a multiplayer game so that matches are only in multiplayer mode. Each match contains about 20 moves and 40 callbacks. So each match is composed by at least 60 Delphi DataSnap requests. Each move is also a database transaction. 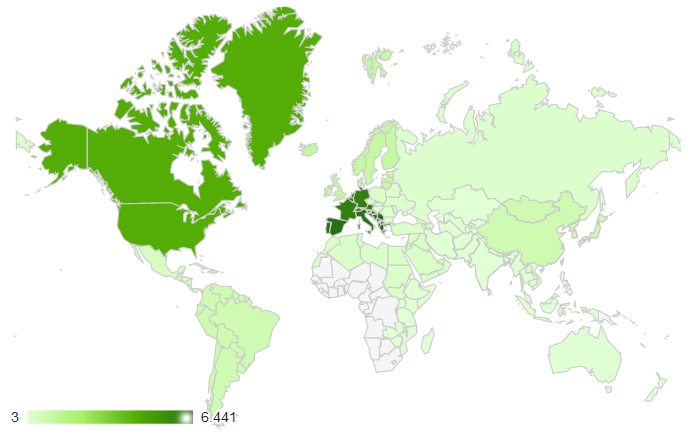 "It's been exciting because we've been really surprised about how well it's been received," Teti adds. "Our android game has been downloaded 10,000-50,000 times. Our players come from all around the world. We've been getting pretty good revenue from it. The android game is free on the market but we've been making money off of the advertising. The advertising is running on your mobile device, while you are playing the game. This is the best way to make android games profitable."

"Getting into the android market is interesting to us and everyone else. We wanted to build some pilot project and to encourage our developers to do android development," Bitti says.

As to what they both do for fun, Teti laughs. "We love programming so in our spare time we work on open source projects."