Introduction to Regular Expressions with Delphi: Regular expressions are a very powerful tool for string manipulation and transformation, with practical applications in a large number of situations. Although Delphi has included this capability for several versions, its existence and usefulness remains little known. During this Webinar we will introduce you to the concept of regular expressions, and we will illustrate it by using various examples with Delphi. 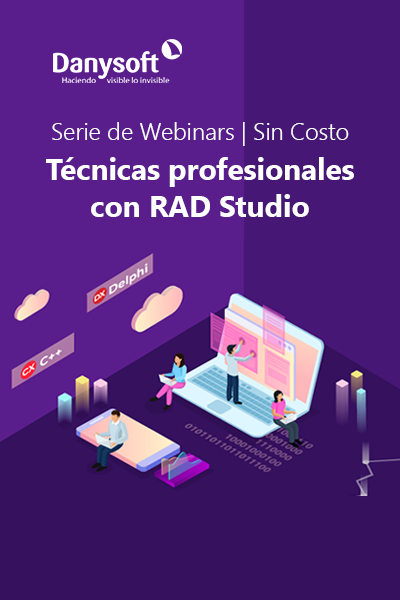 Python for C++ Developers with David I

Join David I for this follow-up session to look at how to use the Python4Delphi library with C++Builder to leverage Python from your favorite C++ developer tools. 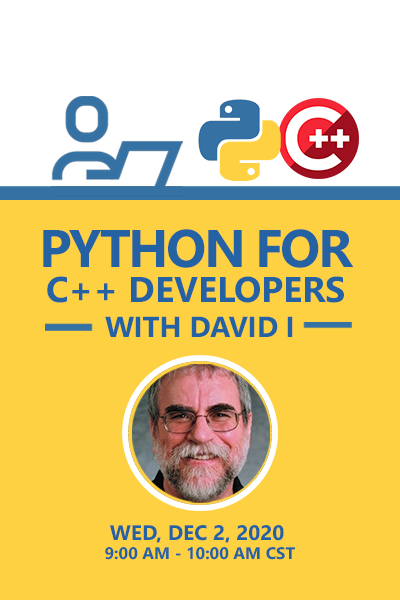 How to capture signatures in Delphi: Signature capture is a task that takes place in different types of applications, but especially in those that are more focused on working with documents. We show how to use a panel to capture the user's signature, explaining the steps required for its realization, as well as a small application that will allow us to test its operation. We will also point out the possibilities with the two main component libraries, FireMonkey and VCL.

In this webinar, join Alexey Sharagin, the creative genius behind DelphiStyles, to learn everything you ever wanted to know about working with VCL styles, including how to customize and make your own. 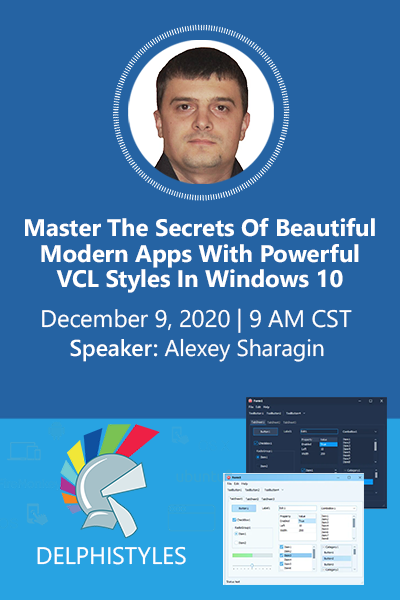 How to deploy a Datasnap Server in a Windows Service: DataSnap is one of RAD Studio's most successful technologies, and its ability to create data services is well known. However, the deployment of a DataSnap server in a Windows service is a classic problem that we are often asked in Datasnap courses. We will develop during this Webinar an example to show how to link the Windows service with the Datasnap server. We can use this example and, if we need it, expand it to apply it to our own projects.

In 2020 we are continuing the series of monthly webinars on topics related to Delphi and its ecosystem. The subjects will be announced at the latest in the month preceding each session. Registration is free. Live Q&A.

No software is necessary to follow this session: the presentation is in webcast mode and accessible from a simple web browser. Each session is recorded. 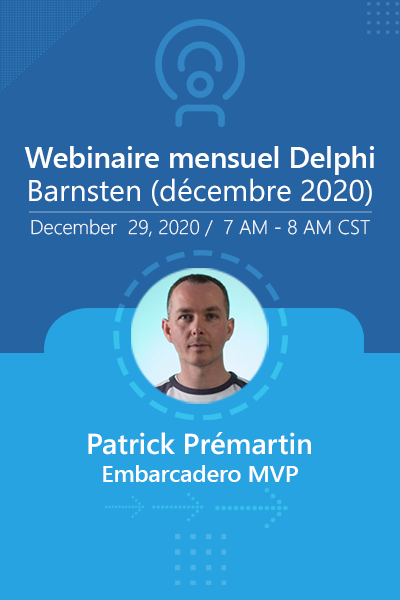 Ian Barker has already done a session to present the integration of Git in RAD Studio. We will go further with practical cases. Whether you work in a team or alone on multiple computers, synchronizing projects and your updates is a headache that version managers can reduce. Git is one of the most used solutions. We will see why and how to use it. 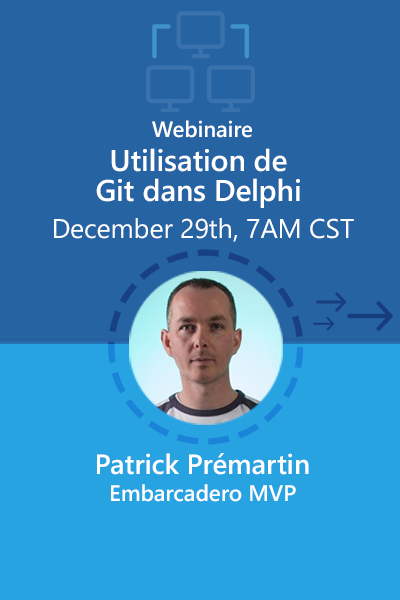