LiveBindings, new in Delphi and C++Builder XE2, enable you connect any data source to any VCL or FireMonkey user interface or HD or 3D graphic object. LiveBindings give you the power and creative freedom to present data to users in more intuitive and interactive ways. LiveBindings also include expressions giving you incredible power and flexibility to build "dynamically" calculated and updated bindings.

LiveBindings, first introduced in RAD Studio XE2, are a mechanism for updating the properties of an object based on an expression. LiveBindings, which are supported in both Delphi and C++Builder, as well as Windows (x86 and x64), OS X (Mac), and iOS (iPhone and iPad) applications, represent a significant new mechanism for creating associations between objects, adding capabilities not previously found in RAD Studio.

Join Delphi expert Cary Jensen in this fun and enlightening look at one of RAD Studio's latest technologies. Learn how LiveBindings provide you valuable alternatives to interfacing your classes in both VCL and FireMonkey applications.

In this Webinar you will:

This white paper is designed to familiarize you with LiveBindings. You will learn how to link controls in both VCL (Visual Component Library) and FireMonkey applications using LiveBindings. The paper also examines the role of the expression engine, which will include a look at expressions and scopes. 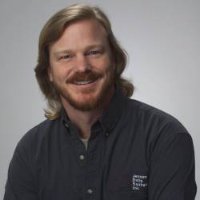 Cary Jensen is Chief Technology Officer of Jensen Data Systems (JensenDataSystems.com), a consulting, training, development, and documentation and help system company. Since 1988 he has built and deployed database and Internet applications in a wide range of industries. Cary is the best selling author of more than 20 books on software development, and is touring this spring with fellow author Marco Cantù on the Delphi Developer Days 2012 tour. A frequent speaker at conferences, workshops, and seminars throughout much of the world, he is widely regarded for his self-effacing humor and practical approaches to complex issues. Cary has a Ph.D. in Human Factors Psychology from Rice University, specializing in human/computer interaction. Cary's latest book, Delphi in Depth: ClientDataSets, is available from http://www.JensenDataSystems.com/cdsbook.

The developer force multiplier for Windows and Mac

The C++ developer force multiplier for Windows and Mac

Learn more about LiveBindings in these video tutorials

An Overview of LiveBindings

LiveBindings and Side Effects