Ensure your apps are ready for the Apple marketplace. Now you can create Universal apps for 32-bit and 64-bit iOS devices including iPhone, iPod Touch and iPad with RAD Studio. Develop your mobile apps visually and deliver high performance, natively compiled apps for the best user experience.

Embarcadero should be so proud…

iOS Certificate and Provisioning Management. Manage your available certificates from within the IDE which simplifies provisioning and device deployment, and other iOS improvements.

It has never been easier and faster to develop and test Apps for iOS. I tried it many times on Objective-C on Mac but this is not really a logical language – at least for me.

Develop apps for iPhone and iPad

Create mobile apps using the programming skills, knowledge and code that you already have. Your RAD Studio iOS apps will have fast native CPU performance and better security than web-based or scripting language based apps. Full visual designer for iOS user interfaces with multiple device types, resolutions, and orientations. 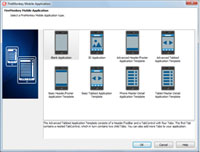 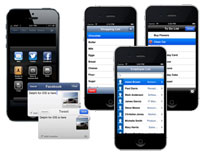 With RAD Studio, you get a full range of native styled user interface controls, including buttons, listboxes and combo boxes, to incorporate into your apps. The iOS apps you create include native platform controls like the date picker and custom picker, different keyboard types, services like notifications, and support for share sheet actions. Use pixel perfect native styles, custom styles or create your own to give your apps a unique look. 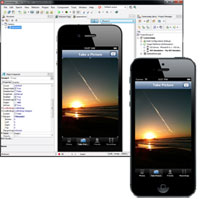 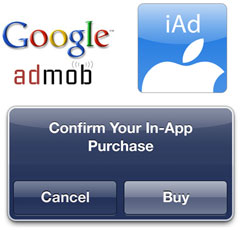 Mobile apps are a revenue generating opportunity for application developers. Now you can monetize your mobile apps by integrating in app purchases and advertising. Sell content, functionality, services and subscriptions with support for iOS App Store in-app purchase and Google Play In-app Billing. Serve ads from the top ad networks (Google AdMob and Apple iAd). It's easy to add this functionality to your apps via the included TBannerAd and TInAppPurchase components.

Integrate cloud based services from Back-end as a Service (BaaS) providers, Kinvey and Parse, with components for popular BaaS services like notifications, user management, and storage. You get easy access to these common services in the cloud without having to build them yourself or maintain them. Add user authentication to your apps. Use push notifications to engage your users. Access data and object storage in the cloud. 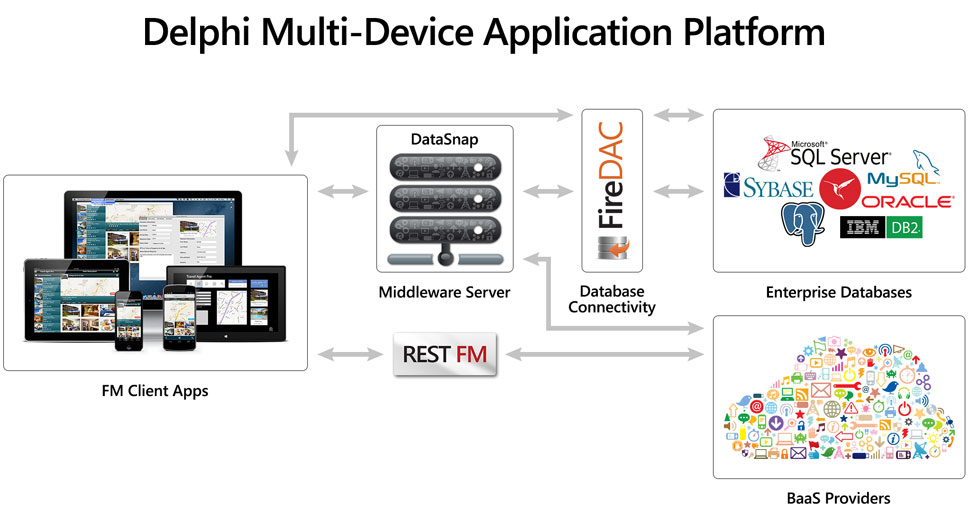 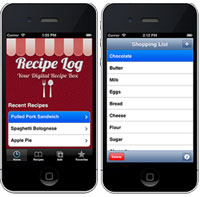