RAD Studio 10 Seattle Integrates New Developer Productivity Features in the IDE and Greatly Improves the Quality and Stability of the IDE.

The quality and stability of IDE developer productivity features is greatly improved. 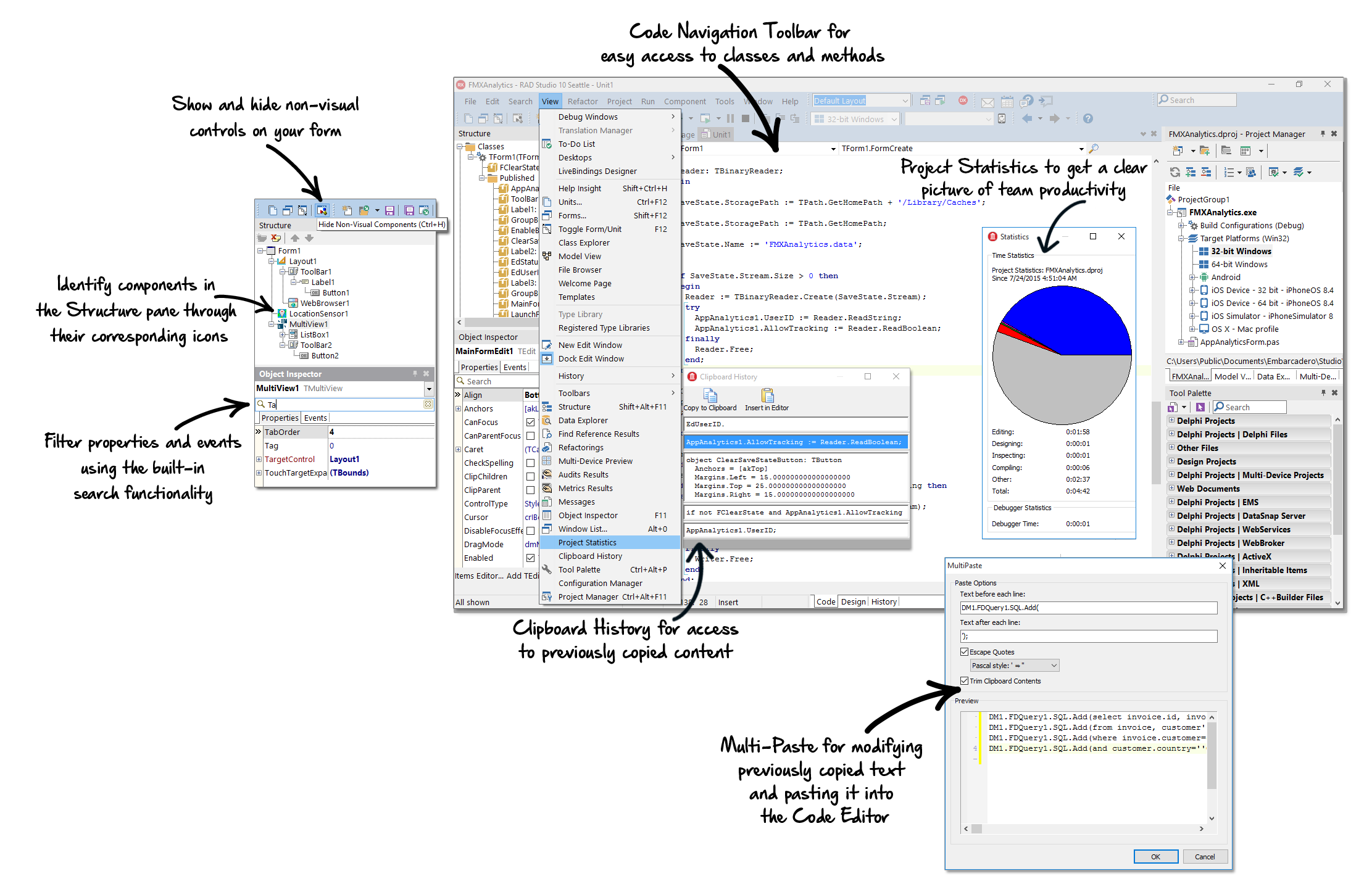 “Behind the Scenes” this release introduces a re-architected product and build management system that effectively doubles the project size capacity resulting in higher stability and performance when dealing with large projects, particularly multi-platform projects. As a developer if you’ve experienced limitations or issues with large projects, this release is the must have upgrade.

With the new Delphi native Android and iOS support in the FireMonkey framework, developers can now build apps using the same source codebase without sacrificing app quality or performance, and target the largest addressable markets in the world.

There are a lot of enhancements to the FireMonkey platform in 10 Seattle. 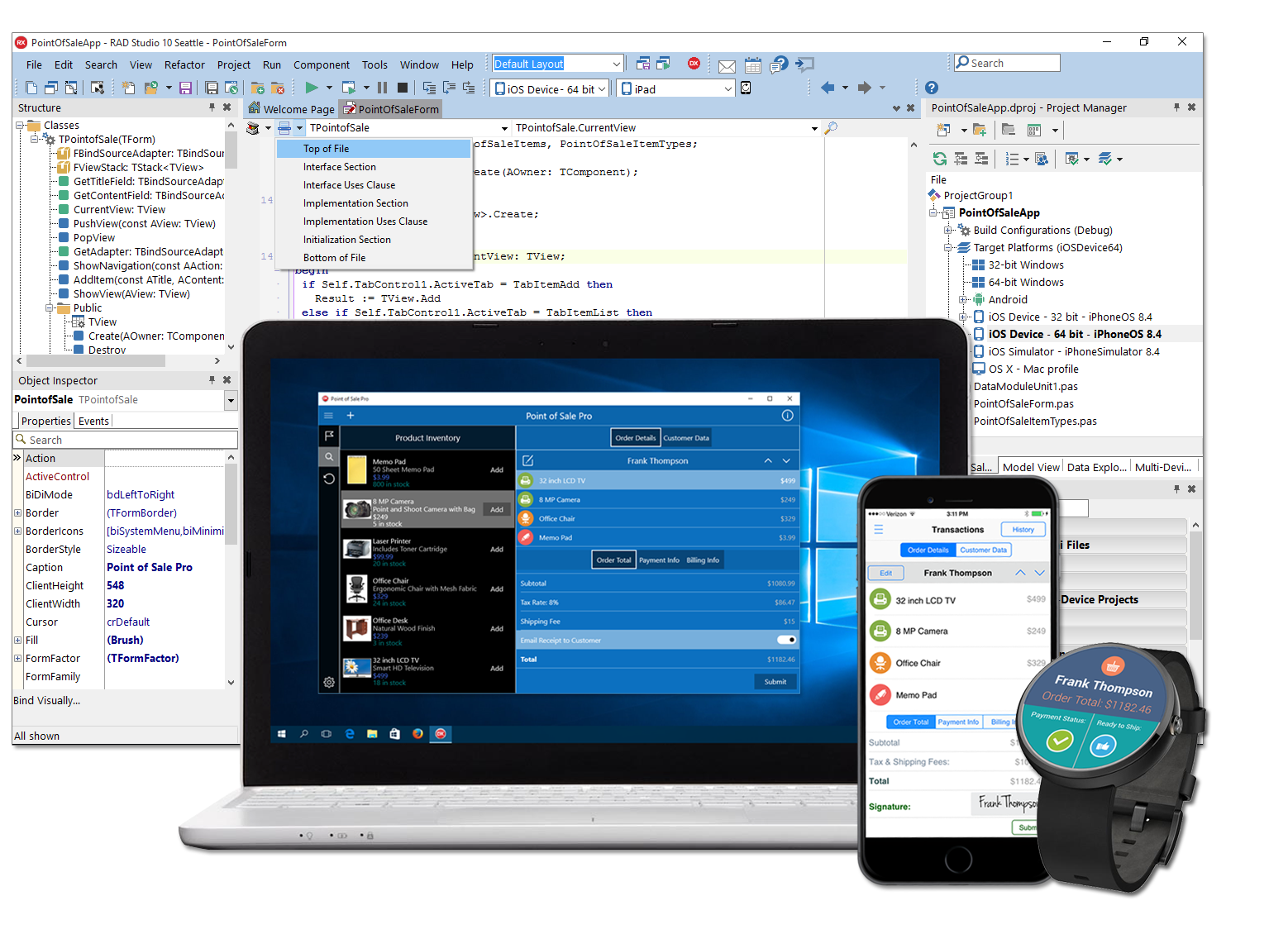 With FireUI, and the RAD Studio development platform, build apps for smartphones, tablets, wearables like smart watches, and IoT devices that are natively compiled for Android and iOS using a common, single source codebase. From the user interface code through the rest of the complete client software stack, your apps can access platform APIs, device sensors and services, and deliver the best app performance with native GPU and CPU support. Extend your existing Windows VCL apps to interface with other apps running on desktop, Android, iOS, and IoT devices. 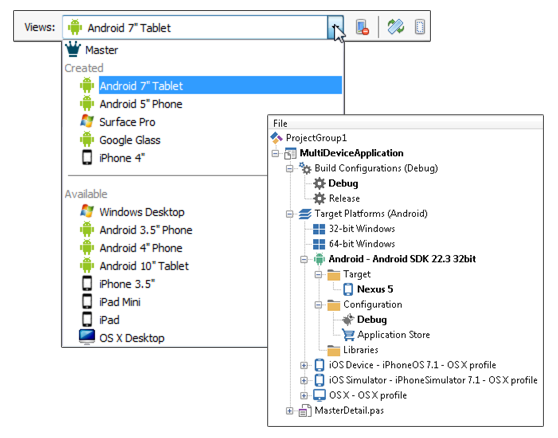 With the all new GetIt Package Manager you can future proof your app by browsing, downloading, and integrating new components, right from the IDE!.

Newly added to GetIt is BeaconFence, a developer proximity solution that delivers precise “GPS-Free” indoor/outdoor user location tracking and events with radial and geometric zones for any physical location and layout. 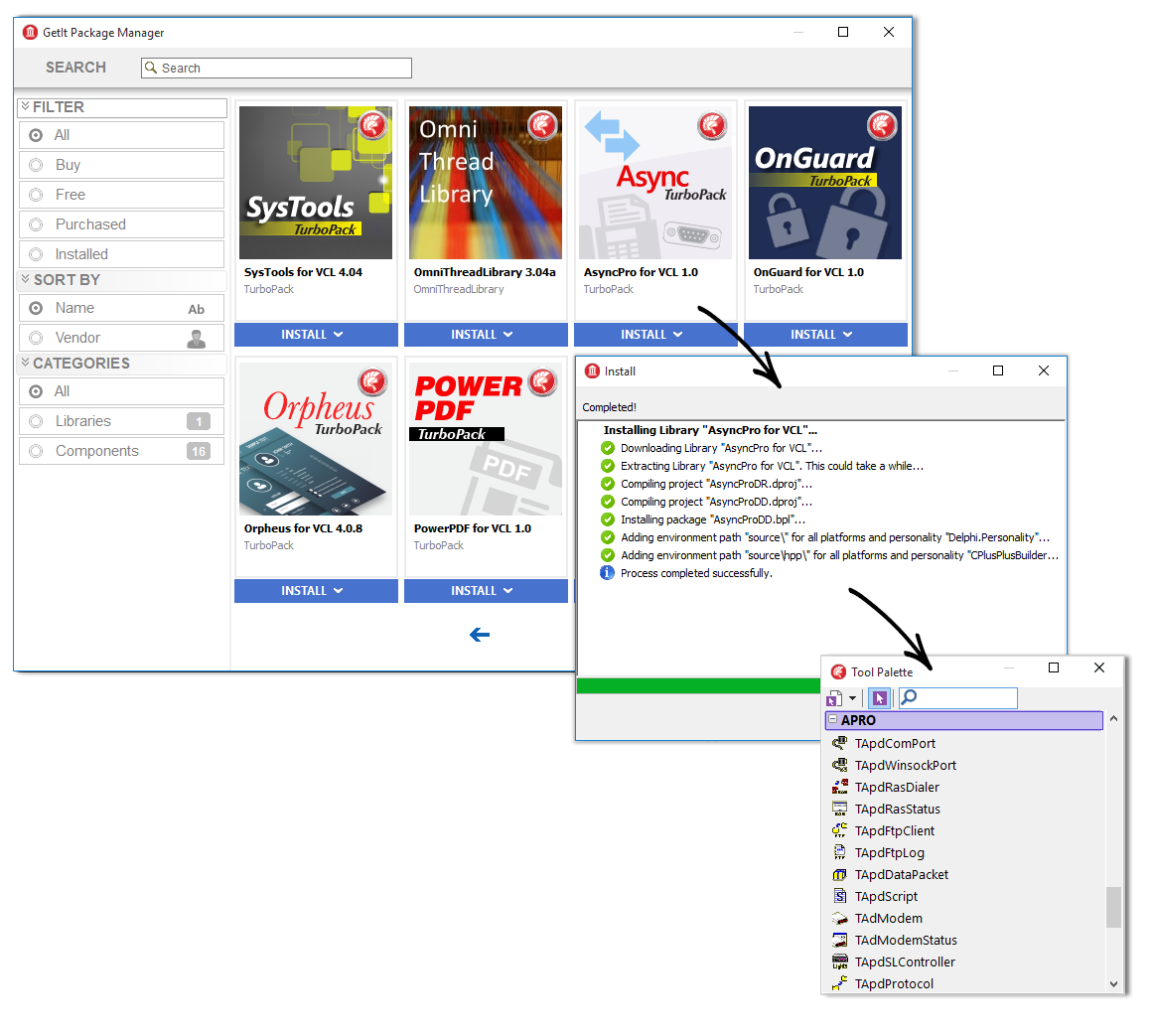 BeaconFence
BeaconFence is a developer proximity solution that delivers precise “GPS-Free” indoor/outdoor user location tracking and events with radial and geometric zones for any physical location and layout. Visually draw the layout of the physical location and beacon placement to track location information down to inches. Create radial and rectangular zones and track intersections, enters, and exits with callback events. BeaconFence enables developers to take proximity beacons to the next level by adding precision spatial location awareness to their applications both indoors and outdoors.

Konopka Signature VCL Controls
With a suite of 125 Windows UI controls and custom property editors designed to make your applications more intuitive and visually stunning, Delphi and C++Builder developers can modernize and simplify every Windows user experience. Konopka Signature VCL Controls deliver unsurpassed attention to detail, ease of use, and flexibility for both the end-user and the developer.

CodeSite
Gain deeper insight into code execution with a live viewer logging system that helps locate problems quickly while code is executing locally or remotely. With CodeSite, go beyond traditional breakpoint debugging to log application execution while the app continues to run, feed data from multiple apps into a single log, and visually analyze data in real time.

Migrate Your App To 10 Seattle

With the release of 10 Seattle, you can now use the new configuration settings migration tool to migrate configurations of older versions of the product to a newer version, or between different installations of the same version. Ensure your project takes advantage of all the great new and improved features released with XE8!